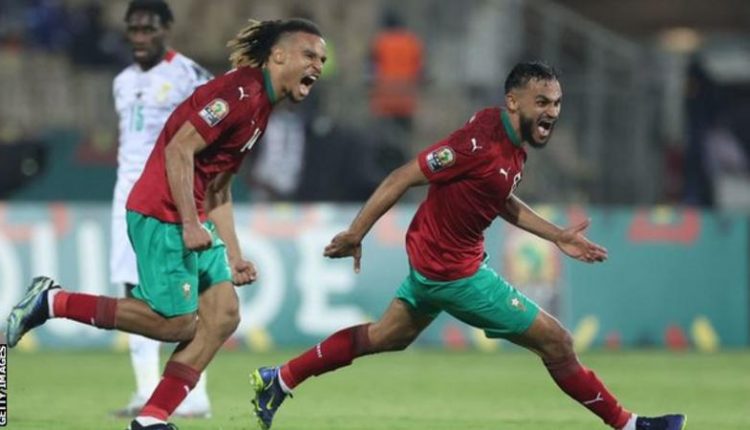 The former Southampton winger pounced on to a loose ball before hammering his effort into the far corner.

It was a rare moment of quality in an otherwise uneventful game in Yaounde as four-time winners Ghana frustrated their opponents.

Morocco were untroubled in the closing stages, cantering to their win.

Morocco find a way in tense encounter
The North African side came into the game having won all six of their World Cup qualifiers last year, but the 1976 winners were made to work for their three points.

Wolverhampton Wanderers defender Romain Saiss had gone close for the Atlas Lions, heading narrowly off target in a tight first half.

For all of Morocco’s possession Vahid Halilhodzic’s side were nearly behind in the 73rd minute as Joseph Paintsil’s curler was superbly stopped by keeper Yassine Bounou.

Black Stars skipper Andre Ayew also went close with a looping volley only for Angers’ Boufal to net the winner at the other end minutes later.

And, after taking the lead, Morocco nearly doubled their advantage in the closing stages with Samy Mmaee heading a set-piece just wide.

Golden Talent: From Gloucester to Ghana – How Jojo Wollacott’s Dream Became A Reality