Golden Talent: From Gloucester to Ghana – How Jojo Wollacott’s Dream Became A Reality 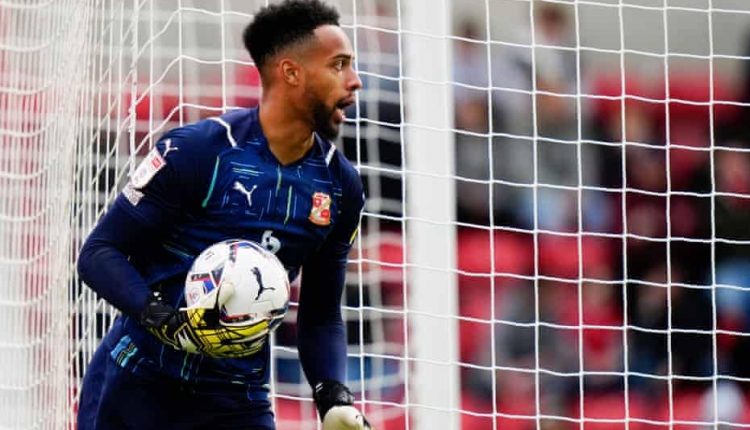 It is three years this week since Jojo Wollacott lined up for Gloucester City at East Thurrock United in the National League South before a crowd of 242 supporters. That game was a month into the eighth loan move of a career that has taken him on a remarkable journey from Truro to Norway’s fourth-tier and now the Africa Cup of Nations, where he is set to be Ghana’s No 1.

No one can accuse the Swindon Town goalkeeper of not putting in the hard yards when he starts against Morocco on Monday. “It was always my ambition and I told myself it was going to happen one day,” he says. “To play for your country at a major tournament is every boy’s dream … I’ve got to pinch myself again.”

Wollacott, who was born in Bristol, qualifies to play for Ghana through his mother, who was raised in Accra. He recalls watching Richard Kingson, now the Ghana goalkeeper coach, at the 2010 World Cup and getting a flavour for the nation’s obsession with the game, and in October he made his Ghana debut in a World Cup qualifier against Zimbabwe.

Ghana, Egypt, Gambia Are Among Other Countries That Have…

They beat South Africa a month later to reach the play-offs for Qatar 2022, which will take place in March. “I was a bit emotional after the game because it just hit me,” Wollacott says. “That was when I realised: ‘I’m playing international football for Ghana.’ It is going to be a busy few months but I am looking forward to it.”

Wollacott has developed as a goalkeeper this season – becoming more comfortable in possession and improving his distribution – but arguably his most attractive trait is his humility. He has a laser-focus and after an hour discussing everything from his Ghana debut shirt having pride of place in his hallway to the prospect of facing Pierre-Emerick Aubameyang – albeit now in doubt since the Arsenal star has Covid – when they take on Gabon in Group C and his love for jollof rice, it is clear he won’t be getting carried away any time soon. “I am pretty grounded. I’m quite aware of my situation. I’ve had a good upbringing – that is down to mum. She does keep me in check every now and then, but not as much as when I was a little kid!”

No one was prouder to watch Wollacott win his first cap than his mother, who ferried him to games as a boy. He had trials at Bristol Rovers and Bristol City, who accepted him at the third time of trying, and he spent 10 years at the club without making a first-team appearance before joining Swindon last summer. His adviser, Eric Anyan, of JIA Sports Agency, and Anyan’s son, Elijah, a talent scout, previously alerted the Ghana Football Association to Wollacott’s eligibility. “My mum told me her phone was going off because everyone was messaging her,” he says. “She sacrificed a lot for me when I was younger.” 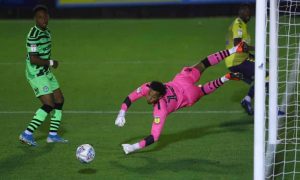 It has been a slow-burning career for Wollacott in many ways but now he is determined to seize his latest opportunity. Playing alongside the Ayew brothers and Thomas Partey at a major tournament was a distant dream when he was on loan at Weymouth and Woking. Ghana players and staff converse in English and twi, a dialect Wollacott is getting to grips with. “I need to get better at it, but I can get away with the basics,” he says

He values the importance of those loans, including one where he pitched up at an archipelago in Norway, spending three months at Bergsoy IL. “I don’t think I had anything else on the table in England, so I thought I might as well just take a chance and go abroad, see how it is.

“Norway was another really good life experience. At the time it opened doors for other things when I got back. You need to go out and experience winning three points and being in high-pressure situations. There comes a point when you’re in the reserves or under-23s where it is just not relevant anymore. It is not realistic.”

The initial backdrop when he arrived at Swindon was far from ideal – two weeks before the start of the season the League Two club had only eight contracted players and no manager – but a takeover lifted the gloom. The goalkeeping coach, Steve Mildenhall, who has had a profound impact on Wollacott, was the de facto manager.

“I signed for John McGreal and a week later he left due to the circumstances. It was a big risk to sign but it was one of the best decisions I made because I needed to play. I’m 25 now. Hopefully the next few months we can keep pushing, climb the table and get promoted.”

He acknowledges it has been an incredible rise from Gloucester to Ghana. “I know, I know,” Wollacott says. “To be honest, it still has not sunk in yet. But it is just the nature of football. It is a game of opinions. You have to believe in yourself, trust the process and understand that if you keep doing the right things and the opportunity comes, you just need to be ready to take it.”

Wollacott has not had much time to stop and reflect but is adamant his life has not changed much over the past few months, aside from no longer breezing through the airport terminal on arrival in Accra. “The first time no one really knew who I was,” he says, laughing. “The second time I think people started to recognise me a bit more.

“I don’t think anything has really changed. I’m not getting ahead of myself. I am just going to stay consistent with what I’m doing. I’m not a superstar. I’m the same person. I’m not going to change.”

Ghana’s Agony of Waiting For An AFCON Trophy…

Ghana, Egypt, Gambia Are Among Other Countries That…