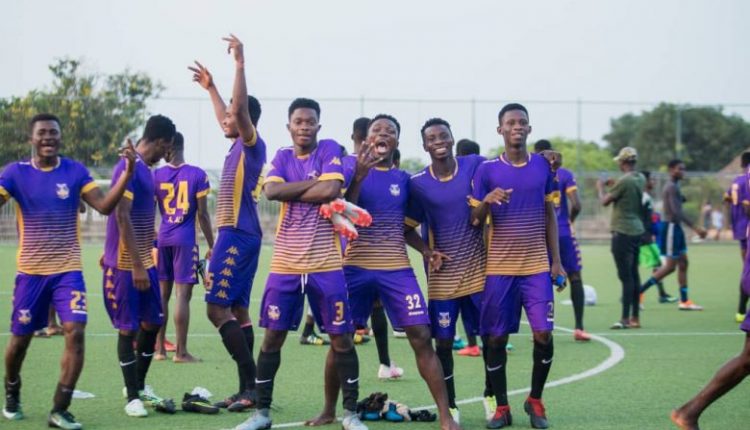 Zone three leaders Tema Youth recorded a slim win 1-0 against Uncle T United FC on Matchday 15 of the National Division One League to finish the round on a high.

Both teams started the match playing carefully to avoid being taken by surprise by each other.

The game however became close and fiercely contested with non of them finding the net in the first half.

Back in Second half and both teams looked more aggressive at their opponents goal area, but were wasteful on the day.

With Uncle T United failing to score on the numerous chances that came their way, Tema Youth capitalized on the lapses of the home team to find the back of the net in the 85th minute through substitute David Gyamfi.

It was the youngster’s goal that won the day for the visitors minutes after he came on for Appiah Daniel. Gyamfi through his first touch went pass his marker to score from close range after a defensive error. It was the only goal produced in the 85th minute which kept an enviable record as the only Unbeaten side in the first round of the 2020/21 season.