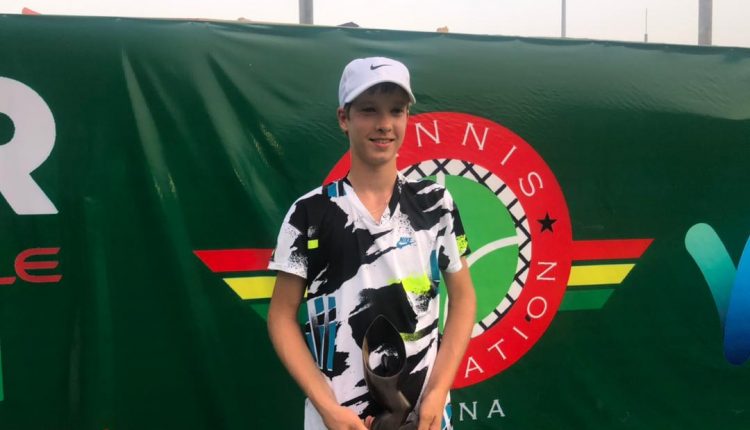 In the first final of the day which was  played behind closed doors with zero spectators under the ITF  Covid -19 rules. The 17-year old Mia Liepert displayed poise and technique which belied her years on the way to a comfortable win over her opponent Hephzibah.

Mia dominated all the rallies in the game from the baseline to win her first title in 2021.
In the boys final, Patrick was clinical on the hard court, cruising to a win in 1hr10mins to maintain a record of not dropping a set this week.
In the doubles event, French duo Victor Paganetti and Sacha Grandvincent won the boys doubles event after overcoming Sweden’s William Alsterback and Germany’s Bon Lou Karstens 6-4, 1-6, 10-8.