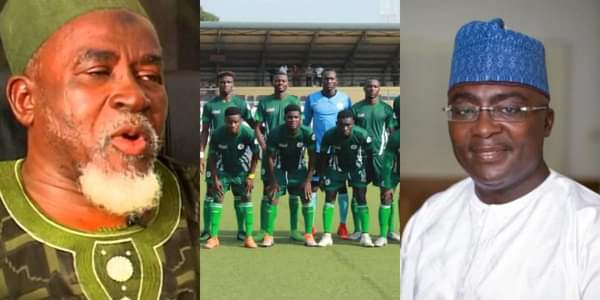 This comes after the President of the Football club Alhaji Karim Grunsah petitioned Manhyia to get them a new bus.

“He called me into his office and gave me the bus. He said he has heard a lot about me and decided to help me”

“We went to show him the particular bus we wanted and he agreed to get it for us. The bus was registered in 2017″.

“This is a great motivation for the entire team for us to do well in the league. We will brand the bus nicely”.

He also confirmed that Ghana’s Ambassador to China, H.E Edward Boateng has decided to foot the bills of his team in their match day two fixture against Aduana Stars in Techiman.