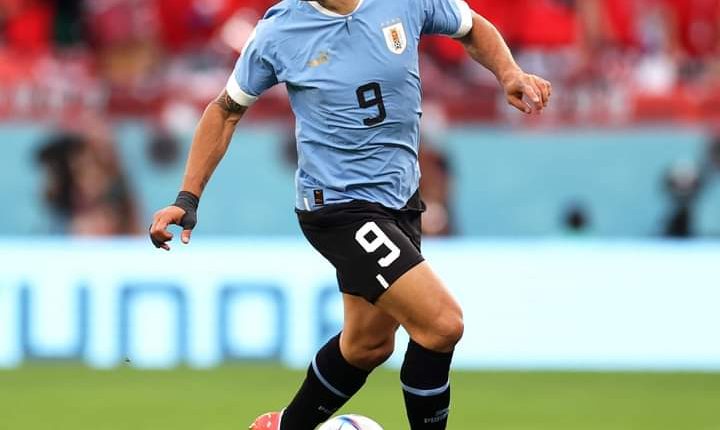 Uruguay forward Luiz Suarez says his side will capitalize on Black Stars porous defence to defeat Ghana in the final Group H encounter in the World Cup on Friday.

After two games in Group H, Uruguay have managed just a point after suffering defeat against Portugal on Monday afternoon.

Meanwhile, Ghana earned an important win to boost their chances of progressing to the round of 16.

The Black Stars inflicted a 3-2 win over the Asian giants to boost their chances of qualifying to the knockout phase.

The four-time African champions must avoid defeat against Uruguay to book a spot in the Round of 16.

Ahead of the clash, Suarez, who has tagged Ghana’s game as a do or die says he and his teammates will put their lives and soul on the line to secure qualification.

“We have one point and the final match against Ghana is do and die. We have no option than to win to make our fans happy”

“We are going to put our lives and soul in this last match, Ghana is a good team but we know them, we have beaten them before and we know how to beat them again”

“We have watched their video clips and they have porous defence, we will utilize on that to beat them” he said.

Ghana were denied a semifinal berth at the World Cup courtesy of a Luis Suarez handball incident in the quarterfinals of the 2010 World Cup in South Africa.

The former Liverpool and Barcelona forward prevent a goal-bound header from Ghana’s Dominic Adiyiah in the final minute of extra time at the Soccer City Stadium in Johannesburg.

Suarez essentially produced a save on the line worthy of a goalkeeper and he was shown a straight red card as a result.

Ghana were also awarded a penalty, but Asamoah Gyan’s attempt from 12 yards crashed into the crossbar, which resulted in Suarez going mental on the touchline and sent the game to a shootout.

Uruguay won the penalty shoot-out to progress to the semifinals with Luis Suarez celebrated for his demonic act.

Mohammed Kudus: We are focused on final Group H clash against Uruguay