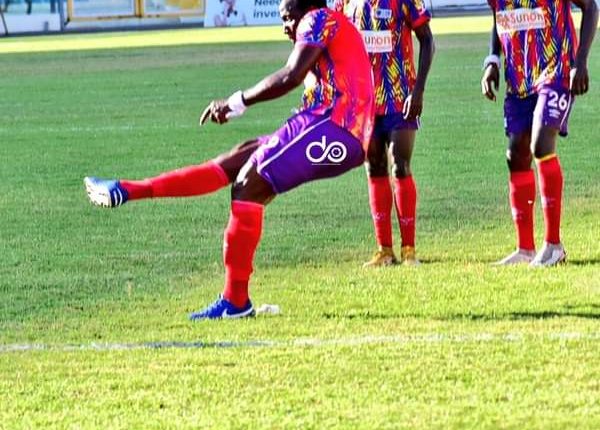 Second half goals from Kofi Kordzi and Salim Adams earned Hearts of Oak a 2-0 against Club Industriel de Kamsar in the preliminary round of the CAF Champions League.

The first half of the game ended scoreless, with most of the ball played in the center of the pitch

Hearts of Oak dominated the opening minutes of the second half and came close on a number of occasions before breaking the deadlock in the 83rd minute through substitute Kofi Kordzi from a free-kick.

CAF CL: Samuel Boadu reveals what did the trick for him in…

The Phobians wrapped the game up in additional time, youngster Salim Adams scored with a powerful drive from the edge of the box.

The win sees Hearts of Oak seal a place in the second preliminary round of the prestigious CAF competition and will face Moroccan Champions Wydad Athletic Club.

CAF CL: Samuel Boadu reveals what did the trick for him in Hearts of Oak’s 2-0 win over Cl Kamsar

CAF CL: Samuel Boadu reveals what did the trick for him…