CAF CL: Samuel Boadu reveals what did the trick for him in Hearts of Oak’s 2-0 win over Cl Kamsar 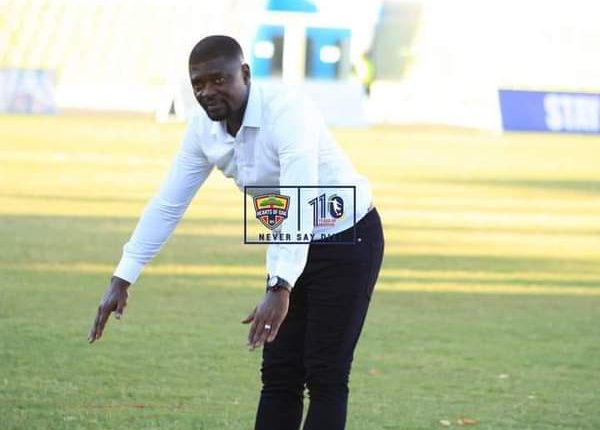 Samuel Boadu has explained how he master-minded Hearts of Oak’s 2-0 victory against Club Industriel de Kamsar in the Preliminary round of the CAF Champions League.

The Phobians had to work their socks off in a game that was one-off game after the first leg which was scheduled to take place in Guinea last weekend was postponed due to political unrest in the country.

Hearts of Oak struggled in the first half to break Kamsar’s low block and deal with their physicality but a masterstroke in the second half saw Hearts of Oak score two late goals from substitutes Kofi Kordzi and Salim Adams.

“In 1st half, we found it difficult to break through Kamsar’s defence. After recess, I told my boys to play high balls, high pressing because I realized they struggle with jumping. That got them tired then I made changes to get us goals, “Samuel Boadu said after the game.

The promising gaffer went on to laud the Guinean side for their impressive performance and wish them the very best.