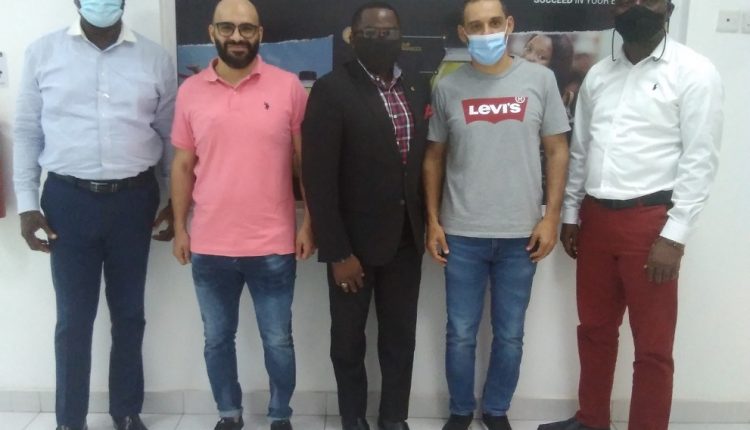 Twellium Industries Company Ltd, producers of the popular Rush Energy Drink and Verna Mineral Water have on Tuesday May 11, 2021 agreed to sponsor the Ghana Olympic Committee (GOC) for the two years with 200, 000ghc.

The good news was disclosed by Mr. Mohammed Kwatharani, General Manager after a fruitful meeting with the GOC President and some Executive board members at the company’s head office at Medea, near Accra.

He said as part of Twellium Industries’ corporate social responsibility, they hope to sponsor the GOC for a long time to invest in the youth of Ghana who have interest in sports, and would start with 100,000ghc per year.

NPC President Explains Why Yusif Amadu Was Chosen for The…

He wished Team Ghana success at the Tokyo Olympic Games and advised the athletes to put Ghana on the map by winning medals.

The GOC President, Ben Nunoo Mensah revealed that three boxers have qualified to the biggest sports festival in the world alongside three athletes including the sensational 4x100m team, while weightlifters, swimmers, judokas and fencers are in line for qualifiers.

He was accompanied by chairman of the Marketing Committee of the GOC, Mr. Albert K. Frimpong and Chef de Mission for the Tokyo 2020 Games, Mr. Michael Aggrey, both executive board members of the GOC.

Twellium Industrial Company was incorporated in Ghana in September 2013, to kick start the production of 4 key franchised products. These include Rush Energy drink, Original American Cola, Planet Range and Bubble Up lemon lime. While the company specializes in the production of irresistible non-alcoholic beverages, it also prides itself in its flagship product, Verna Mineral Water, for its clean, tasty and refreshing appeal, as confirmed by target market and consumers.

NPC President Explains Why Yusif Amadu Was Chosen for…