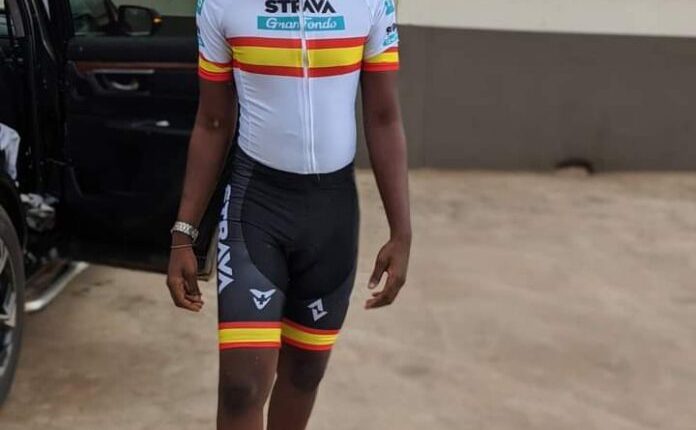 While there are several teams that have struggled to keep going with some disappearing all together, meaning some World Tour riders are having to drop down, some young talents are making the step move up as well.

The 2020 season had several young riders hitting the World with a bang with some of them winning the biggest races on the calendar, but who will be the stars of next year?

Here is one rider who is taking Ghana by storm.

According to Madam Angel who discovered Phil, The first thing she noticed was that he seemed very restless.

He was always unsettled. He had a lack of recognition in his eye. He didn’t eat. He didn’t sleep. As each day passed, she recognized more ‘red flag’ characteristics of autism with repetitive behaviors, speech/sound delays and more.

2023 is going to be huge year for Phil young, who will aim to win a medal in the team pursuit on the track cycling for Ghana at the African games that will be staged in the west African Country before turning pro on the Sports.

The 14 years old is one of the most promising up-and-coming talents in cycling and has enjoyed a stellar year in 2021, featuring prominently in both stage races and one-day Classics in the spring before going on to win the prestigious Teshie Cycling Challenge over the weekend.

The wonder kid was discovered by Madam Angel, even if a highly disrupted season has meant fewer opportunities than ever to run the rule over and Cowbell Cycling Tournament which welcome plenty athletics in 2018 which discovered a lot of talents.

He is an impressive climber and not too shabby a time-trialist so has the potential to be a Grand Tour specialist.