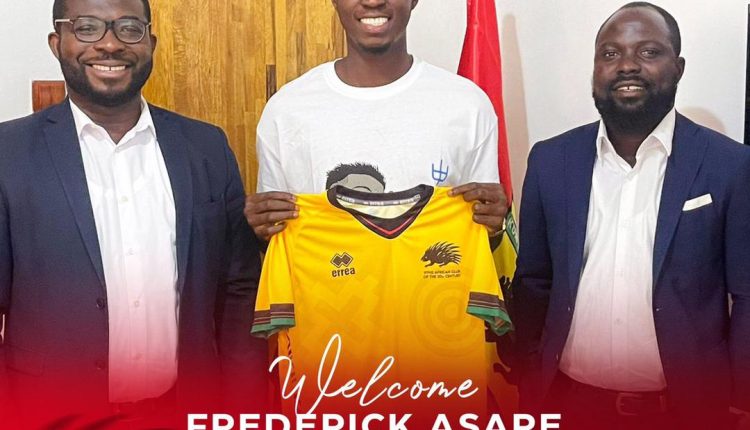 Frederick Asare replaced Kwame Baah, who has left the club following the expiration of his contract.

Frederick Asare kept 13 clean sheets in 28 games for his side in their debut season, he emerged one of the best net-minders in the 2021/22 Ghana Premier League.

His performances didn’t go unnoticed as he earned a call-up into the Black Galaxies to prepare for the CHAN qualifier against Benin later this month.