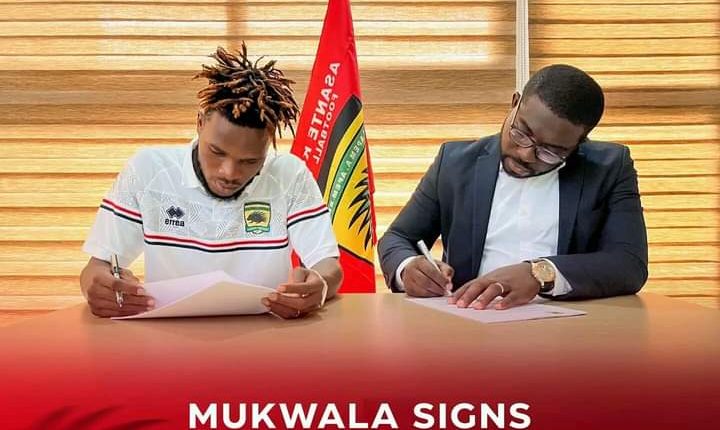 He joins the Reds on a free transfer for a period of two years with an option to extend for a further year.

Mukwala completed his move to the Kumasi-based club after passing a mandatory medical on Wednesday morning in Accra.

The 23-year-old highly rated striker spent the 2019-20 season at Maroons FC where he was crowned top scorer of the Uganda Premier League.

He netted 13 goals in 23 appearances to emerge goal king of the 2019/2020 campaign while on loan from Vipers SC. In his first season at the URA, the prolific attacker finished the 2020-21 campaign as the club’s top scorer with 14 goals in 24 matches and third on the goal king chart in Uganda.

In the just-ended season, Dese netted 13 goals in the Ugandan Premier League for URA FC, finishing as the club’s second top scorer of the season.

Mukwala made his competitive debut for the Uganda national team on 6 September 2021 when the Cranes played Mali in the 2022 FIFA World Cup qualifiers.

He’s expected to join land in Ghana next month to complete his paper works and join the team for the Turkey preseason.