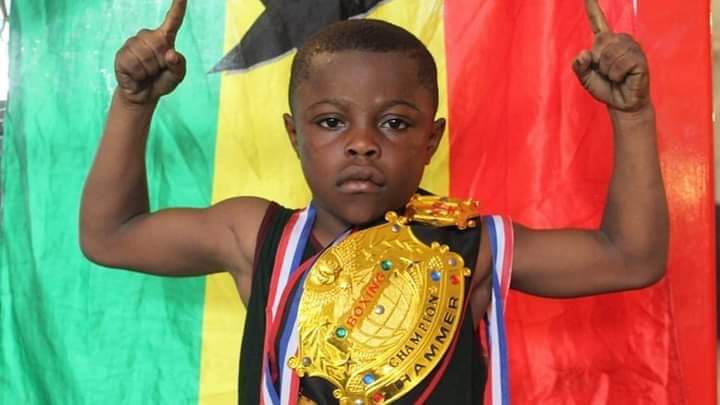 Boxing is one of the most popular game in Ghana. It is undoubtedly the second most followed game in the country at the moment. It is loved by several Ghanaians and that has made some Ghanaians to teach their children how to box. One of the children that was lucky to be taught on how to box in his tender age is Prince Larbie, commonly known as “The Buzz”.

Prince “Buzz” Larbie is a Ghanaian juvenile boxer who started boxing at a very young age. He started boxing actively at the age of 4. According to research he is from Jamestown a town or suburb in Accra. 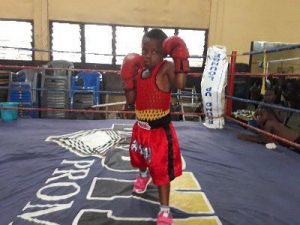 Prince Larbie is currently 8 years old and he started boxing at the age of 4. According to Saddick Adams popularly known as Sports Obama, Prince won several titles in 2018 and he is the best juvenile boxer in Ghana.

It has also been revealed that, Prince Larbie is able to throw 150 punches in a minute and his trainer who is also his father is massively preparing him for the Olympics games in 2032.

Sports Obama has also revealed that, he want to be a WBC champion one day.

Saddick Adams revealed these hidden information about prince to general public through his Twitter and Facebook platform called Sports Obama.

🥊 The best juvenile boxer in Ghana

🥊 His dad/trainer preparing him for 2032 Olympics

🥊 Wants to become a WBC champion one day https://t.co/twbIV0fOM6