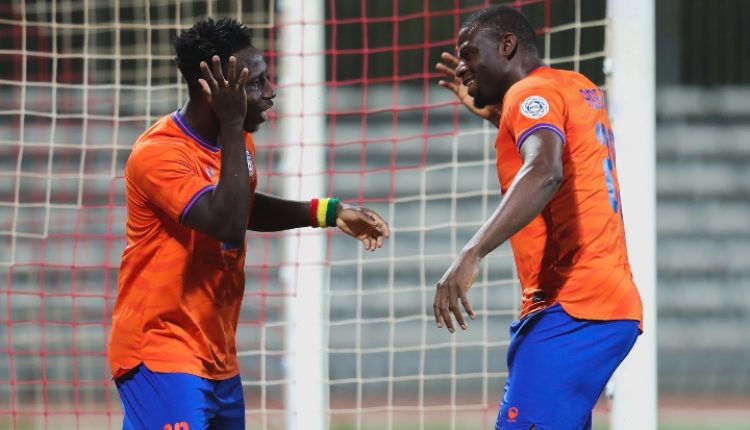 Ghana forward, Samuel Owusu scored on Thursday afternoon to help his Al-Fayha outfit to post a 2-1 win against Jeddah in the Saudi Arabia Division One League.

The attacker displayed top form for his club before the international break and looks like he is not stopping as he bids to propel his team to gain promotion to the top-flight league.

Handed a starting role today when his team hosted the matchday 29 opponent at the King Salman Sport City Stadium, Samuel Owusu looked sharp and caused all sorts of trouble for the defense of the opponent.

In as early as the fourth minute, the pacey dribbler powered home a fine effort to give Al-Fayha the lead.

Going on to excel, he was involved when Tunde Adeniji equalized in the 32nd minute to give the home team a two-goal lead.

Although Jeddah will pull one back in the second half, Al-Fayha held on to win 2-1 at the end of the game.

Samuel Owusu with today’s goal has now scored four times for his team since his return from loan in January.

Magnus RexDanquah Writes: Welcome, Mr. Hon. Minister For Youth And Sports To The ONLY Controversial Seat In Ghana’s Sport Industry