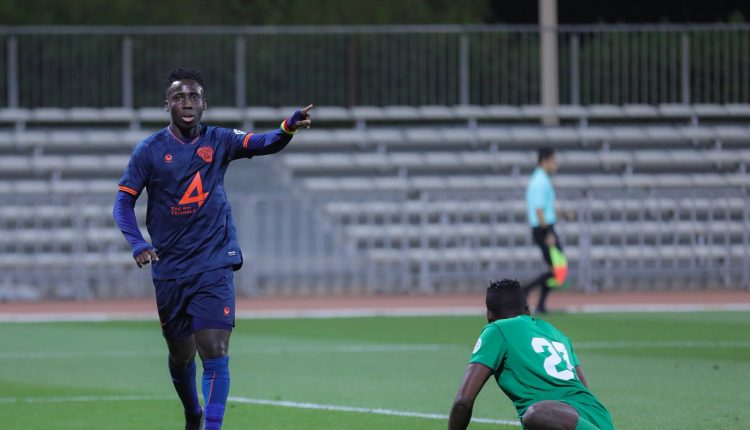 Ghana winger Samuel Owusu was at his usual best for Al Fayha FC with another spectacular goal in their heavy win over Arar FC on Tuesday evening.

Al Fayha recorded a 4-0 win over Arar FC in their match-week 30 encounter at the King Salman Sport City Stadium.

Two-goal hero Tunde Adeniji opened the score for the homesters on the 38th minute before Sami Al Khaibari ended the first half in a 2-0 lead with his strike on the 42nd minute of the game.

The 25-year-old talented forward extended the lead with a superb finish on the 62nd minute after a solo run.

Nigerian international Tunde Adeniji completed his day with a second goal to end the game in a 4-0 big win for Al Fayha FC.

Owusu enjoyed the entire duration of the game with a splendid performance.

Owusu has scored five goals and provided six assists in his 12 game outings for Al Fayha FC this season so far.

Below is the video of Samuel Owusu’s goal

‘Majestic’ Samuel Owusu on target as…