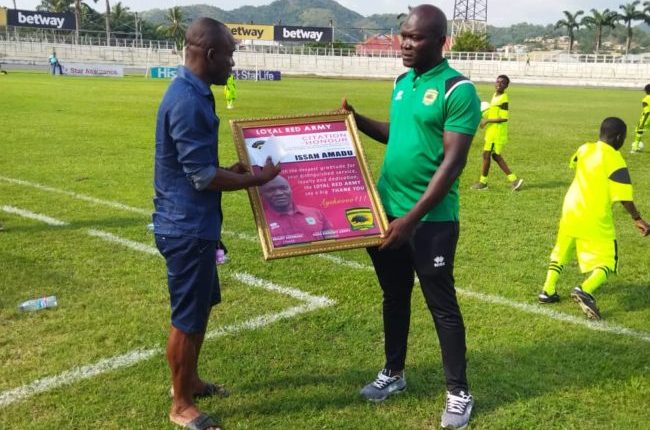 Amadu received a citation and a cash of Ghc2000 from the group for his dedication and commitment to his duty.

He has been with the Club for over a decade working as the kits man.

Road to Victory: Full Details Of How Accra Hearts of Oak SC…

The Porcupine Warriors however missed out on the CAF Champions League this time around but has an eye on the CAF Confederation Cup as they aim to win the MTN FA Cup.

Road to Victory: Full Details Of How Accra Hearts of…