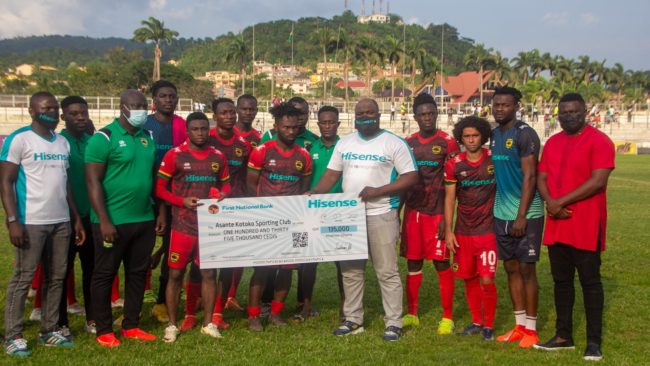 Asante Kotoko have received a reward package of Ghc135,000 from headline sponsor Hisense for finishing second in the Ghana Premier League.

This was to reward the Club for avoiding defeats in 27 games out of the 34 matches played.

The Reds managed to scoop 57points from 34 League matches.

Already the Ghanaian giants will receive Ghc150,000 from the Football Association for finishing second in the League bringing the total to Ghc285,000 as runners up of the League.

The former Ghana Champions signed a sponsorship deal with the electronic company before the start of the season.

Meanwhile winner Hearts of Oak will receive a reward package of Ghc250,000 from the Ghana Football Association.

Road to Victory: Full Details Of How Accra Hearts of Oak SC Won The 2021 GHPL Trophy