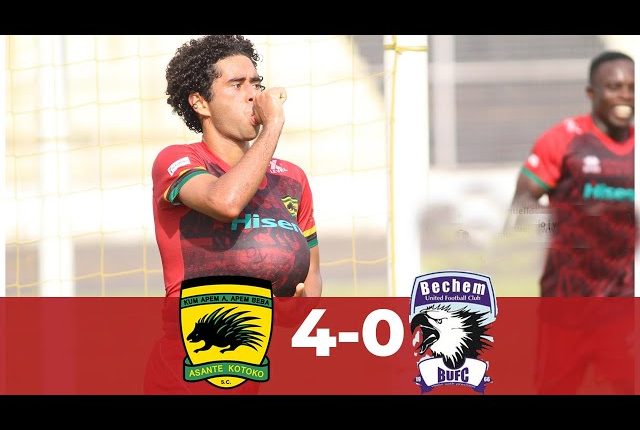 Asante Kotoko produced a spirited performance not seen by their fans for a long time when they rained goals in their Ghana Premier League outstanding game against Bechem United in their newly adopted home grounds at the Len Clay Stadium.

Brazilian attackers Fabio Gama and Vinicius Michael celebrated two goals between them in a record afternoon where no player from their country have done before.

Ismail Abdul Ganiu opened the scoring in the 13th minute when his strike from 25 yards ended at the back of the net beating goalkeeper Daniel Afadwo in post.