Hearts of Oak fans demand the appointment of a local coach 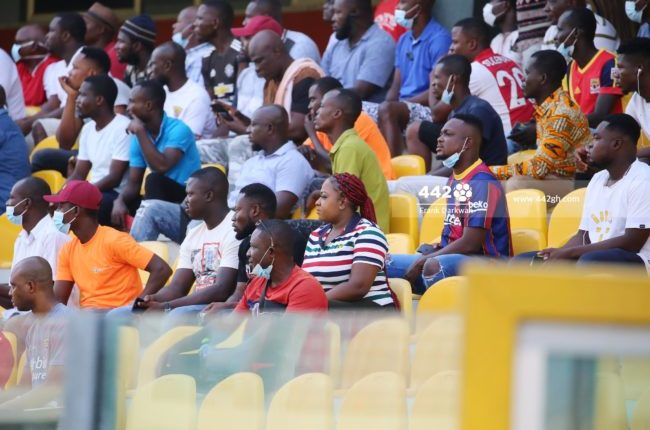 Seething Fans of Accra Hearts of Oak continue to press on their demands from the club’s top brass concerning certain decisions affecting the club.

In a gung ho approach, the fans have made their stance clear that they prefer the hiring of a local coach and not an expatriate.

Hearts are in need of a coach following the shocking exit of Kosta Papic from the role.

The Serbian quit his role on Monday after just 78 days in the job.

With Hearts looking to appoint a permanent Coach, the fans have warned against the appointment of an expatriate.

Addressing a press conference to air their recent agitations about happenings at the club, the National Chairman of the Hearts of Oak Supporters Association, Elvis Heman Hesse said “the NCC demands the immediate appointment of a first-team coach.

“This should be done in consultation with all the stakeholders. We have realized that the expatriate coaches have not helped the club for the past decade.

“We will not hesitate to take any action when an expatriate coach is appointed. The NCC wants to be involved in who becomes the next Chief Executive Officer and a local coach,” he concluded.

GFA Release List Of Clubs Allowed To Admit Fans Into…