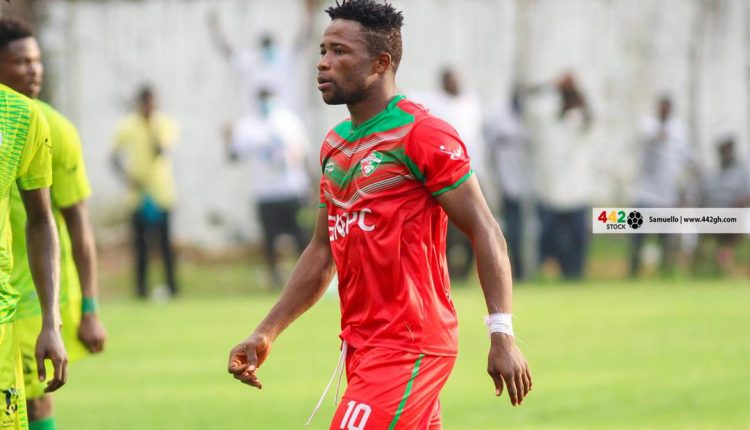 The enterprising goal poacher was part of the Ghana Black Meteors team that travel to Japan for International friendly games but was ruled out for both games after testing positive to covid-19.

The team has since moved to Seoul to play another team game but due to traveling protocols in South Korea, he will be subjected to 14 days mandatory quarantine if he insists on entering the country.

Check Out Some Fascinating Stats And Records Of The Ghana…

Speaking to a radio station based in Accra Angel FM, Executive Council member and a manager of the team Frederick Acheampong disclosed that they’ve agreed to allow the 21-year-old to return to Ghana

“Diawusie Taylor is in Japan, he will come to Ghana tomorrow

He couldn’t enter South Korea because if he does, he would’ve to go through mandatory quarantine for 14 days by then we would’ve finished playing the game”—Frederick Acheampong told Angel FM

Ghana conceded 10 goals in the two games without scoring

They will play the south Korea U-23 side on Saturday morning.

Check Out Some Fascinating Stats And Records Of The…