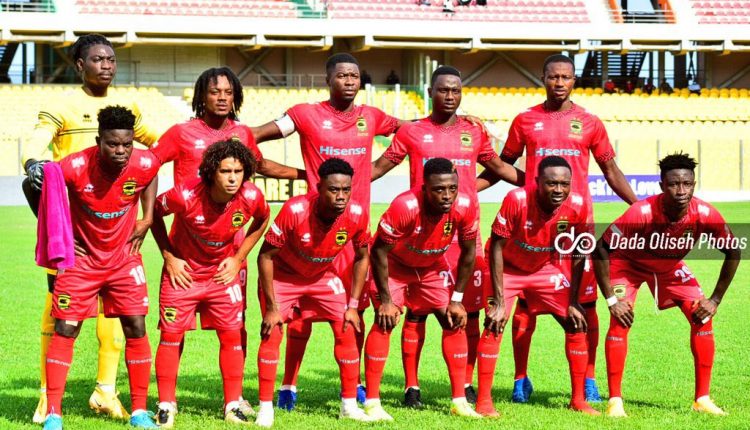 Asante Kotoko are back to the Baba Yara Stadium in the Ghana Premier League action on Saturday as the Reds host Eleven Wonders in a matchday four encounter.

Prosper Narteh’s side are off the back of a professional 1-0 win over Gold Stars last Friday that put them in the first position on the league log.

A win against Wonders will ensure Kotoko’s dominance in the league. The Porcupines has won three out of three games so far.

However, head coach Prosper Narteh Ogum has named his 21-man squad for the game on Saturday.

Yusif Mubarik who has been unwell for some days now is not in camp and has been replaced by youngster Augustine Agyapong. But, the team has been boosted with the return of captain Abdul Ganiyu who was with the Black Stars for the World Cup qualifiers last week.

There’s a place for Camerounian Frank Thierry Etuoga Mbella who scored the only goal in Kotoko’s friendly game against Asekem FC on Tuesday, replacing Joseph Amoako who has started two out of the first three games for the club.

The Cameroonian could make his debut for the Reds having sat out of the matchday squad since the start of the league due to fitness reasons.

With all of that in mind, let’s take a look at the squad Ogum has at his disposal.