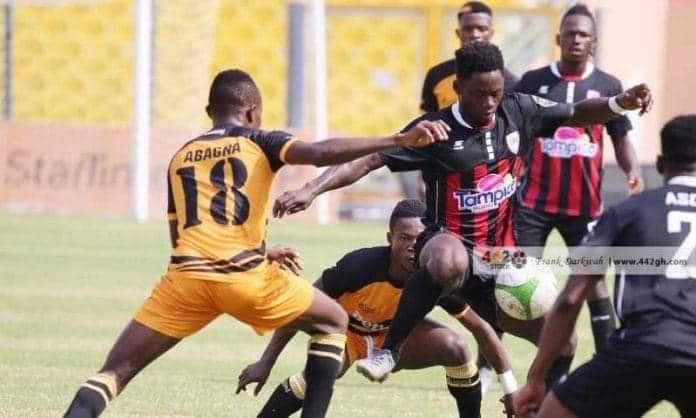 Reports coming through indicates that the Court Of Arbitration of Sports (CAS) has lifted the GFA ban placed on 21 players involved in the Ashgold vs Inter Allies match fixing scandal with immediate effect.

According to popular Sports Journalist Saddick Adams, all the 21 players have now been cleared and are free to continue their footballing career.

This was after an appeal was filed on the players behalf by FIFPRO through the PFAG.

Meanwhile, Kotoko’s Richmond Lamptey whose name was not in the appeal process is having his matter considered by CAS following Kotoko’s application.

According to the General Secretary of the Ghana Football Association Lawyer Prosper Harrison Addo, CAS has granted Stay to the players involved in the match fixing game between Ashantigold and Inter Allies.

Meaning, they can be signed by clubs awaiting the main verdict from CAS.