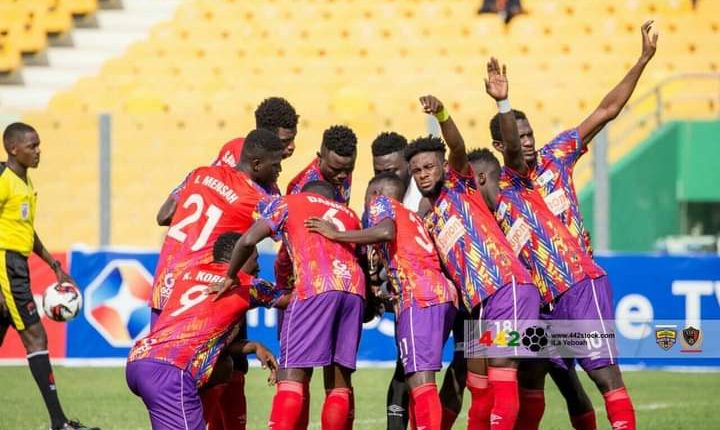 Hearts of Oak host Algerian side JS Saoura in the first leg of the 2021/22 CAF Confederations Cup playoff on Sunday.

The Phobians will have to overcome their slow start to the new season after drawing three and losing one in the Ghana Premier League.

Hearts were eliminated by Wydad Casablanca in the CAF Champions League but are presented an opportunity to compete in a continental club competition this season.

JS Saoura on the other hand defeated Mauritania’s ASAC Concorde 3-2 on aggregate to make it to the Confederations Cup final qualifying round.

The Algerians secured a 2-1 win in Mauritania before settling for a 1-1 draw at home.

With seven points from five games, Saoura are 9th on the Algerian League Table, scoring 8 and conceding 2.

Belaid Hamidi is the side’s top scorer with four goals. The Hearts of Oak defence will have a lot of work to do to keep the 25-year-old from finding the back of the net.

With the 6-1 defeat to WAC still fresh on their minds, Hearts of Oak will attempt to get the job done in Accra.

Forward Kofi Kodzi and Afriyie Barnieh are expected to lead to Hearts attacking line although the latter seems yet to rediscover his form last season.

Sunday’s game could be crucial for head coach Samuel Boadu who is under pressure to get results after going winless in the first four games of the league.