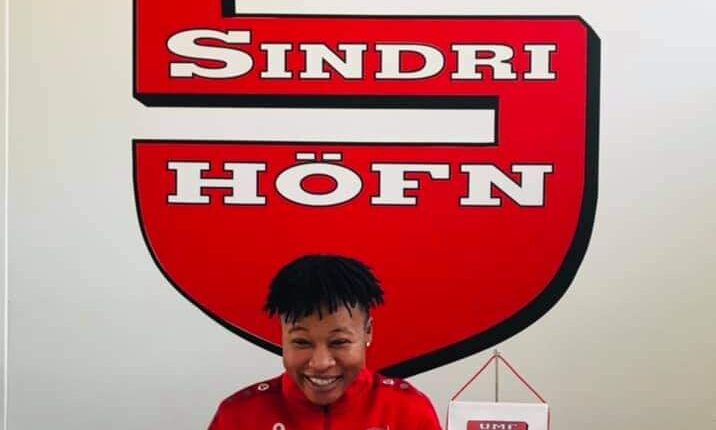 Ghanaian female footballer Star, Samira Sulemana has scooped two awards in Iceland as she continued to make name for herself.

Samira Suleman has been in a scintillating form for Sindri Football Club in the Icelandic Women’s league. She was voted has the club’s Most Valuable player for her performance throughout the season.

Black Queens Draw Nigeria In First Round Of 2022 AWCON…

Samira has been in top form since joining Sindri football club from Afturelding.

I’m grateful to Allah and everyone at Sindri football club for this award especially my teammates, technical team and the the amazing supporters. This is simply one of the most important scenes in my professional career. MVP, Best11, GoalQueen. @SWAG_Ghana @Team_GhanaWomen pic.twitter.com/T2GnDCgFBb

Samira was named in the Icelandic Women’s second division team of the season. 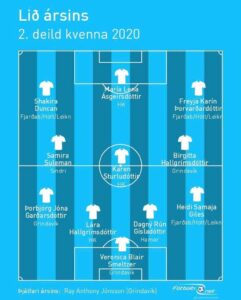 The 29 – year old was part of the Black Queens team that participated in the African Women’s Championship hosted in Ghana in 2018.

Black Queens Draw Nigeria In First Round Of 2022 AWCON…