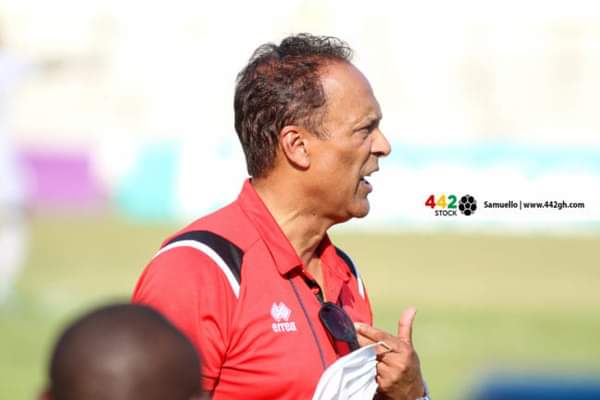 Kumasi Asante Kotoko finally parted ways with their head coach Mariano Barreto on mutual grounds awaiting the official announcement from Kotoko. The Coach joined the porcupines in the midseason and placed the team on the second log in the just ended Ghana Premier League.

However, the porcupines want a new face of their technical department and therefore, relieve the technical head from his post. The club had to pay an amount of $48,000 compensation for the termination.

His team placed third in the just-ended season. The fabulous family welcomes him to the club of the century not because he is a lecturer but as a coach.

The porcupine warriors are doing all they can to win the league because that is where they are believed to belong as Ghana Premier League giants.

Kumasi Asante Kotoko will go into the new season with a new coach in the person of Dr Prosper Narthe Ogum.