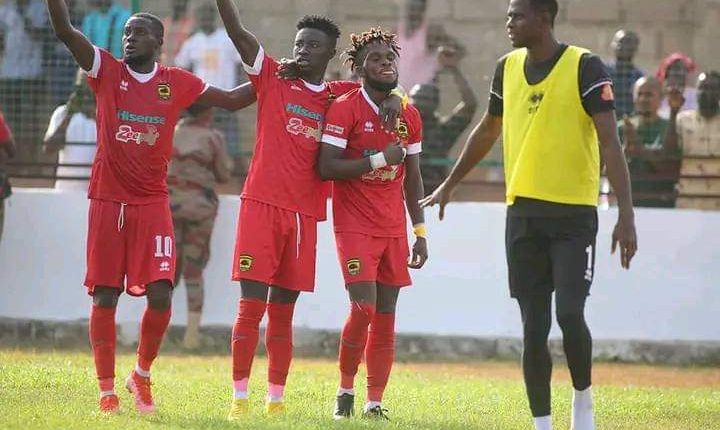 Asante Kotoko Striker, Steven Mukwala has been named in the betPawa Premier League Team of the Week for Week 13.

The talented striker was in action for the Porcupine Warriors on Monday when the team locked horns with Bibiani Gold Stars.

In a game played at the Duns Park, the Ugandan striker scored after rounding off the goalkeeper of the opponent before shooting the ball into the gaping net.

At the end of the match that ended in a 1-1 draw, Steven Mukwala’s performance has been recognised, earning him a place in the 2022/23 Ghana Premier League Team of the Week.

He is joined in the attack of the team by Evans Adomako of Karela United and Dreams FC talisman Agyenim Boateng.

Other players that made the Team of the Week include Abass Samari, Kwadwo Seth, as well as Emmanuel Keyekeh.

Below the team of the week 13; 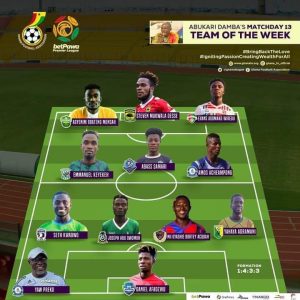