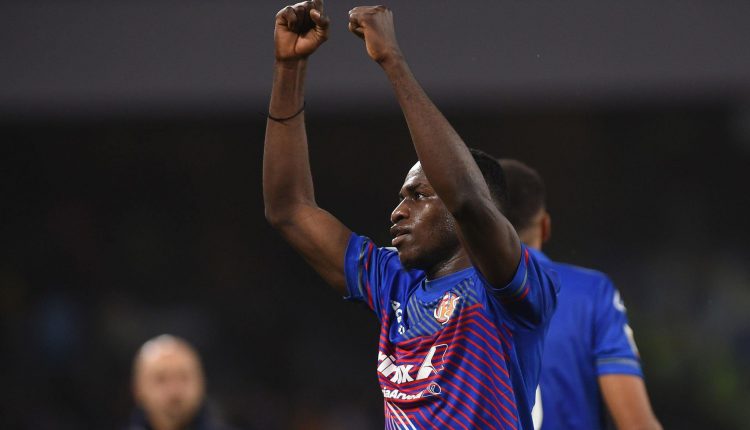 Ghana international, Felix Afena-Gyan was the hero for U.S Cremonese on Tuesday night as he climbed off the bench to score a header and the winning penalty in the clash against SSC Napoli.

The crucial goal has helped his club to eliminate SSC Napoli from this season’s Coppa Italia.

For a player who has struggled for form since joining U.S Cremonese from AS Roma, Felix Afena-Gyan today was a second-half substitute for his club in the away cup match.

Later in the first half before the break, goals from Juan Jesus and Giovanne Simeone turned things around for Napoli as the giants took a 2-1 lead into the break.

Thanks to the resilience of U.S Cremonese, the team forced the match to enter extra time courtesy of a late strike from Ghana striker Felix Afena-Gyan.

🇬🇭 Felix Afena-Gyan comes on in the 65th minute and scores a crucial goal against Napoli to keep Cremonese’s hopes alive in the Coppa Italia.

The tightly contested game is currently in extra time with nothing to separate the two sides pic.twitter.com/KaLIWTNTfb

Felix Afena-Gyan and his teammates are now through to the quarter-finals of this season’s Coppa Italia and they will face AS Roma on February 1st, 2023

Watch the penalty shootout in the attachment below:

🇬🇭He’s currently averaging 1.68 goals per 90, the most by any Cremonese player in the competition

“Tell them we’re coming back 🤝”pic.twitter.com/JTd1uKZydk

Ghana’s goal monger who was dropped from the World Cup squad scores, assists worldie against Westerlo in the Belgium Pro league

OFFICIAL:Cremonese announce the signing of Felix…