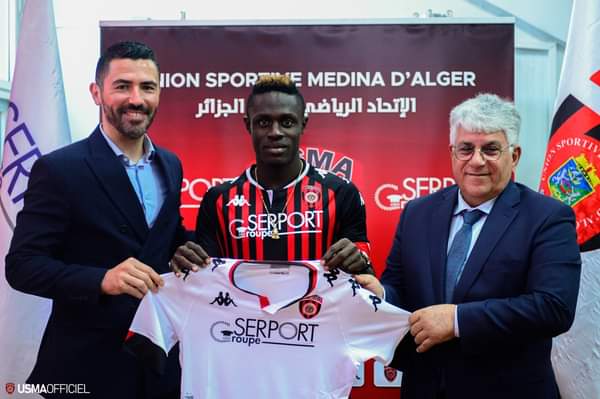 Algerian side Union Sportive de la Médina d’Alger, popularly known as USM Alger have finally paid Asante Kotoko the $300,000 for the transfer of striker Kwame Opoku, according to Myfabulousonline.com report.

The money was transfered to the Porcupine Warriors on Friday morning, three days after the World governing football, FIFA imposed a three transfer window ban on USM Alger in unpaid transfer fee of the Ghanaian International.

Asante Kotoko SC, few months ago reported the Algerian club to FIFA over the unpaid transfer fee of Kwame Opoku.

FIFA then ordered the Algerian giants to make swift payment to the Porcupine with 5% interest or face sanctions.

The Porcupines will, on Friday, October 1, 2021, be laughing to the bank as the Algerian club have eventually made the payment.

Opoku joined the Algiers-based side in April 2021 from the Ghanaian side in a deal reported to be around US$300,000 in a four-and-a-half-year contract.

The 22-year-old scored nine goals in 20 appearances for Kotoko during his short spell at the club before leaving for Algeria.