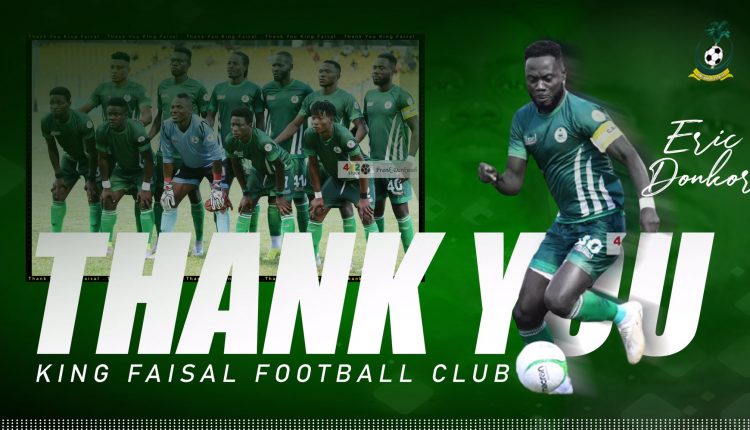 Donkor, an accomplished campaigner in the domestic league, joined King Faisal in the 2020-2021 season following his departure from Ashgold, where he won the 2019 Normalization Committee Tier 2 Special Competition.

The 29-year-old defender featured in eight games as the Insha Allah Boys were deeply engulfed in the relegation dogfight with the Green and Whites maintaining their Premiership status on the last day as they played out a goalless draw against Liberty Professionals.

Eric Donkor took to social media to say goodbye to King Faisal as he seeks for pastures anew with the new season looming.

Donkor has also played for Asante Kotoko in the Ghanaian top-flight where he won an avalanche of trophies and was also a respected figure in the dressing room.