OFFICIAL: Asante Kotoko SC Finally Gets Ogum’s Replacement [All You Need To Know About Him] 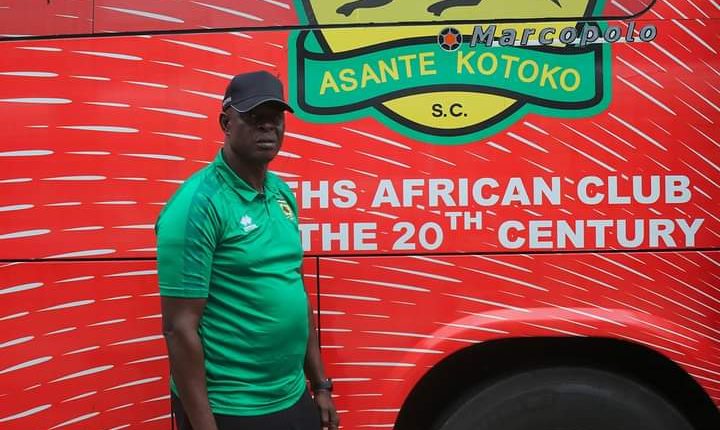 Asante Kotoko have announced the appointment of the experienced tactician as their new home coach ahead of the 2022/23 season’s campaign.

Ghana Premier League giants have confirmed the appointment of former Burkina Faso national team gaffer Seydou Zerbo until the end of the season.

Zerbo has arrived in Ghana since last night to conclude negotiations and other documentations to become the next head coach of the Porcupine Warriors.

The 59-year-old who is nicknamed “Krol” after a Dutch tactician is a replacement to Dr. Prosper Narteh Ogum who recently resigned from his post.

Dr. Ogum guided the Ghanaian giants to clinch the Ghana Premier League title for the first time in eight years.

Zerbo’s last job was the handling of the Burkina Faso national team at the 2020 CHAN tournament in Cameroon. The Stallions exited at the group stages.

The highly-rated tactician begun his coaching career in the 2013-14 season when he was in charge of Rail Club du Kadiogo.

He later coached Bankuy Sports from 2014 to 2016 before heading to SONABEL and giants ASFA Yennenga.

He is expected to guide the Fabulous team to defend their Ghana Premier League title, make an impact in the CAF Champions League and also in the Ghana FA Cup.

Asante Kotoko will face Burkina Faso champions Rail Club du Kadiogo in the first preliminary round of the Champions League set to begin in September.