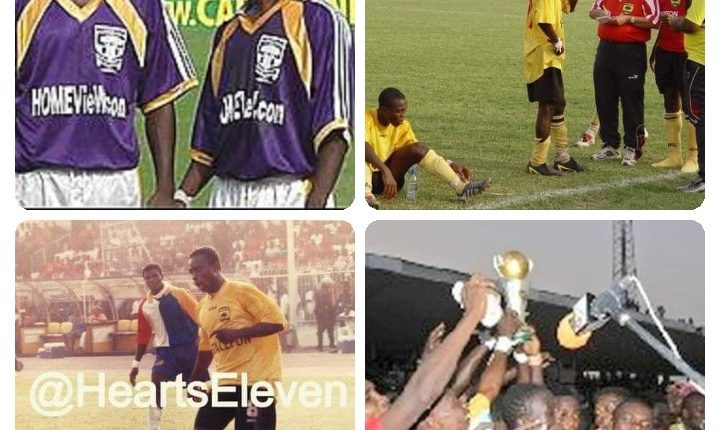 Hearts of Oak won the inaugural CAF Confederations Cup in 2004, defeating Asante Kotoko 8-7 on penalties after the tie ended two-all on aggregate.

The most vivid memory of the second leg at the Baba Yara Sports Stadium was Hearts equalising a few minutes after Kotoko coach Hans Dieter-Schmidt substituted Charles Taylor.

Many Kotoko fans still blame the coach’s decision for their defeat. Meanwhile, Hearts of Oak supporters boast that their ‘operations’ regarding the substitution were spot on.

Former Hearts midfielder Emmanuel Osei Kuffour has admitted that they used juju on the manager and believes it worked because Kotoko was led by a white coach.

“Yeah the coach was white, not black that’s why it worked. If he were to be black I think he wouldn’t have substituted him but because he was white it worked easily,” he told Dan Kwaku Yeboah TV on YouTube.

“For juju everyone does it but for me, I don’t understand why it worked on the white man. Because I’m very sure that it wouldn’t have worked if he were a black man.

He also revealed that during the game, they warned Taylor to walk off the pitch or else he will be substituted.

“He was our (former)teammate and the intention wasn’t to fight him. It’s football and we wanted to tell him what’s good for him and that he should “leave the pitch. It will be better for you to leave. If you don’t leave, we will let your coach sub you off.”

The first leg of the final ended one-all at the Accra Sports Stadium. Louis Agyemang netted a 90th minutes equaliser for Hearts of Oak after Michael Osei had given Kotoko the lead on the hour mark.

During the second leg in Kumasi, Charles Taylor put the home side ahead in the 53 minutes, before Lawrence Adjah-Tetteh pulled parity inside the 80th minute to send the match into extra time.

Hearts went on to clinch the trophy that was dubbed ‘the virgin cup’ via penalty shootouts.