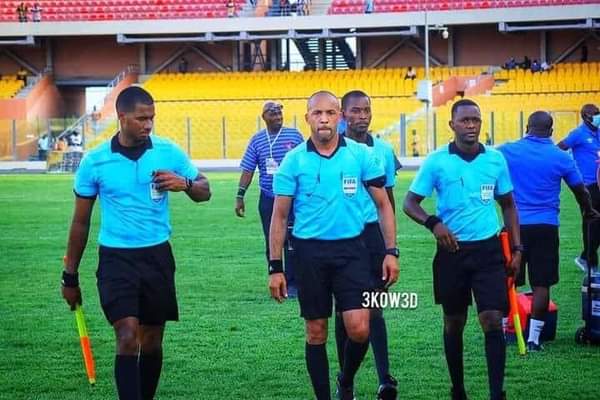 Wydad are unhappy with the performance of the referee after claims he allowed players of Hearts of Oak to play ‘violent football’.

According GHANASoccernet.com, reports from Morocco, indicates that the referee cheated Wydad after waving on what the team believes to be a penalty after midfielder Moayed Al Lafi looked to have been fouled in the box.

Wydad insists the disallowed goal in the last minute of the game from their Tanzanian attacker Simon Msova should have stood.

The reports further revealed that, the club has already file a report to protest the referee’s performance and wants him sanctioned.

Meanwhile, fans of Hearts of Oak were also livid after the game after several calls went against them in the game on Saturday, October 17, 2021.

The Phobians were denied two penalty calls in the first half, after Daniel Barnieh was fouled by Wydad goalie and Kofi Kordzi was brought down by a defender in the box.

The Ghanaian giants travel to Casablanca this week for the second leg on Sunday, October 24, 2021.