The Ghana Premier League from the lenses of an Italian writer, D’Ambrosio Nicola 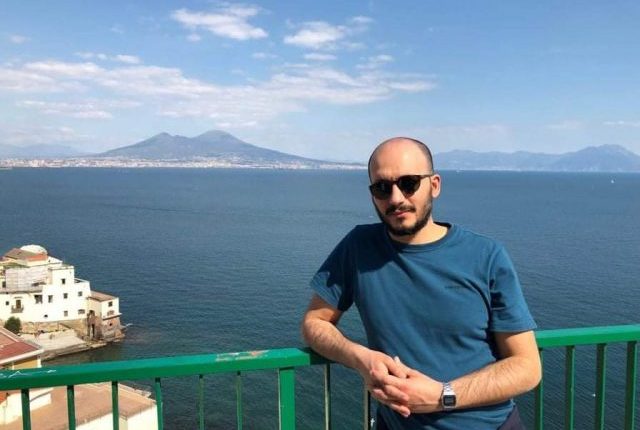 Last week, the Ghana Premier League 2020/2021 ended with the last matches of the season.

This year, thanks to the StarTimes service, I was able to closely follow the events concerning local football in Ghana and I was surprised with some developments; both positive and negative. 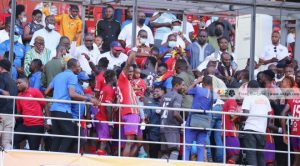 Mine will not be a criticism but only the point of view of an Italian fan accustomed to Italian or European football.

I know well that Ghanaian football is a growing, expanding football, but perhaps it will also be a starting point for a process of improvement.

Positives :
-Fair play: one thing that surprised me right from the start is the great fair play on the pitch which I’m not used to seeing in Italy / Europe. I have seen very hard game clashes, serious fouls and yet in 99% of cases I have never seen players react towards their opponents by creating a fight. Great respect also towards the referees. The Ghanaian players at every whistle of the referee, even when there was an error, very rarely protest, but calmly accept his decision. We Europeans have a lot to learn in this respect.

Humility: in recent months I have met many journalists, footballers and people close to Ghanaian football and speaking with them I realized that they are very simple, cordial, friendly people. They do not have the arrogance that footballers have in Italy, where they are often considered or feel like divinity, and they earn millions of euros. In Ghana I rediscovered a little bit the true essence of football, the one that once was also in my country. The players and the people of football are very friendly with the people. 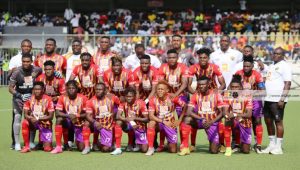 The Ghana Premier League title race: A statistical analysis and prediction
Hearts are aiming to win their first trophy since 2008.

–Respect: I have never seen team mates arguing with each other over a wrong pass, missed pass or other mistakes. There is great respect between them, often in Italy I see fights and constant reminders between teammates for mistakes made.

Downsides
– Players – actors: a common thing in African football. I have often seen it also in Kenya and Uganda. When a team is ahead or has a favorable result, players pretend lying on the ground, as if they were literally dying, and often they are real dramas. These attitudes spoil the show and the course of the game a bit. We need to educate the players or even the referees more to manage these episodes better.

–Fields: unfortunately the economic factor counts a lot here. The football fields in Ghana, but also in Kenya or Uganda are in very bad condition. With a few rare exceptions (those in synthetic turf by Karela, Wafa) the rest of the fields are really unwatchable. I’ve seen fourth or fifth division teams’ fields in Italy have much better fields. There is a lot of work to be done on this aspect 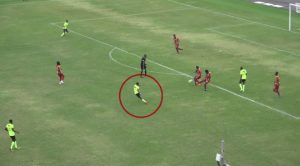