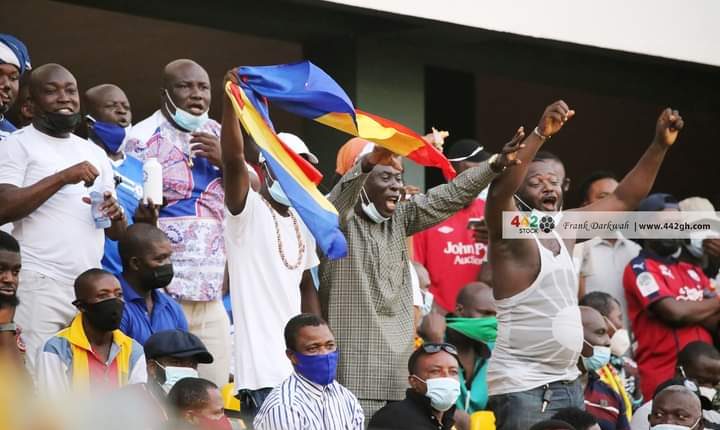 Ex-Hearts supporters Chief Aziz Haruna Futaa, has pleaded with fans of the club to be patient with Samuel Boadu.

The 35-year-old reached an agreement with the top hierarchy of Hearts of Oak to sign a three-and-half year deal to steer affairs at the club’s technical department.

The NPP Nasara coordinator speaking in an interview on Happy Sports with Ohene-Bampoe Brenya on the appointment of the coach said, “For me, I think we need to give him time. If we are rebuilding, he should let the fans know”.

“We the fans must have patience for the coach. The coach must also make his vision known to the fans. He should make the fans understand the kind of system he wants to play too. The Board of Hearts of Oak has used coaches as scapegoats because anytime there is pressure they sack the coaches.

“That problem will still be there if things don’t change. Hearts of Oak Board need a strong critique from the supporters’ front so they will put them on their toes. That thing must continue”, he added.

His announcement as the new Hearts of Oak will be made in the coming hours.