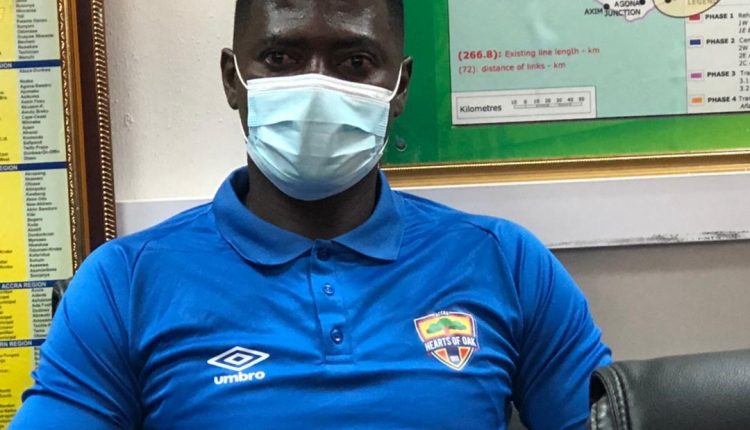 The Phobians technical department had all positions left vacant after Head Coach Kosta Papic, Assistant Asare Bediako and Goalkeepers coach Ben Owu resigned from their posts. In spite of that the club’s hierarchy stepped up in haunt for a substantive coach.

The resignation of Samuel Boadu from his post as the head coach of the Yellow and Mauve after their 2-0 home victory over Eleven Wonders in the match-week 16 of the Ghana Premier League last week came as a blessing in disguise for the rainbow boys.

However, according to Akanbi, they have signed the former Asokwa Deportivo gaffer on a three year deal.

“We signed him for three years and he is coming with his own assistant coach.”

He was present at the Accra Sports Stadium on Sunday where he witnessed the game which his newly found club played as a guest of Asante Kotoko.

His first task at the camp of the Phobians will be against WAFA in the Match-Day 17 of the 2020/21 Premier League.

The coming in of Samuel Boadu makes it three the number of coaches to have worked for the Phobians in the First Round of the league.