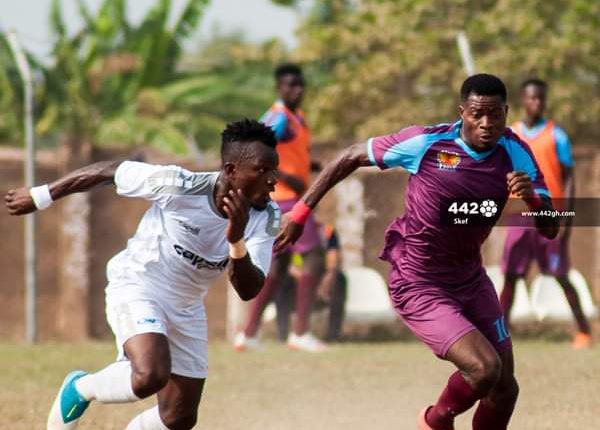 Okyeman Planners FC will host zone three leaders Accra Lions on match day 12 of the Division One League at Akyem Tafo on Sunday.

Planners FC will for the first time this season, honour their home game outside Accra following the decision of the Club Licensing Board to revoke the license of the Carl Reindorf park in Dansoman, their adopted home ground.

They are among the top five clubs in the Zone three table and will fight for all the points against a high-flying Accra Lions side. The league leaders are unbeaten in the ongoing season sitting at the top of the table with 27 points, six points richer than Planners FC.

Evans Etti is in an unstoppable shape, keeping defenders on red alert and scoring with ease. The former Karela United player has scored 7 goals after 11 games in the season, a performance that earned him a senior national team call up three weeks ago.

The diminutive attacker has yet to find the back of the net in his last three outing and will seek to end his goal drought against Planners FC on Sunday.

Elsewhere in the Habour City, Tema Youth will aim to return to winning ways against Agbozume Weavers after last week’s 1-1 draw with Accra City stars.

Evans Osei Wusu scored late to rescue a point for his side after going down to Clinton Osei’s first half strike. Tema Youth are currently occupying the second spot in zone three with 25 points, two behind Accra Lions FC.

Akosombo Krystal Palace will play at home against Danbort FC while Heart of Lions welcome Amidaus Professionals to the Kpando park.

Below is the full fixtures 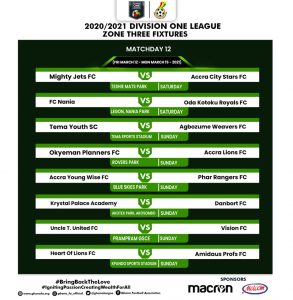