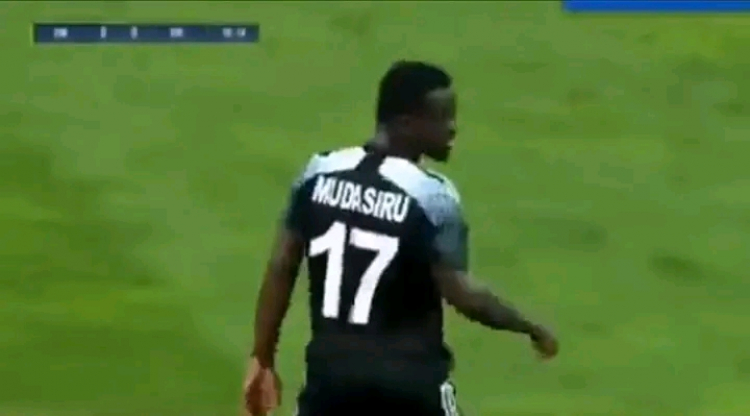 Former Asante Kotoko midfielder Mudasiru Salifu finally made his debut for FC Sheriff Tiraspol in their 1-1 draw against FC Zimbru in their opening fixture of 2022/23 season.

The lanky midfielder joined the Yellow and Blacks right after the season was wrapped for an initial tryout and finally sealed a permanent stay after an impressive display at the Sheriff Stadium.

He was named in Stjepan Tomas starting line up for the game earlier today and had a very decent debut and hopes to establish himself as a mainstay in the team going forward.

The champions were the dominance side in the game and took the lead on the 63rd minute through Keston Julian but Eugen Sidorenco’s equalizer just two minutes after shared the points between the two sides after full time.

FC Sheriff Tiraspol will host Viktoria Plzen on Tuesday, August 2, 2022 in the third qualifying round of the UEFA Champions League.