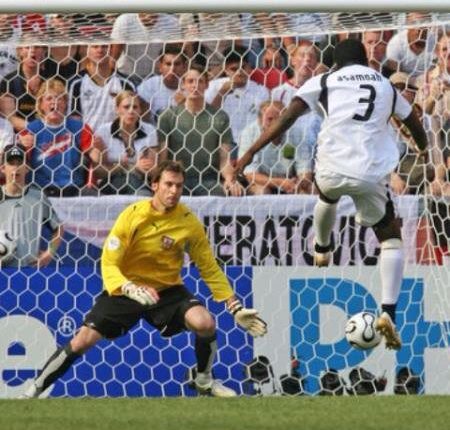 After losing to Italy in the first game of the competition, Ghana played the Czech Republic who were ranked 2nd in the FIFA world rankings.

Ghana’s striker, Asamoah Gyan picked up a pass from skipper Stephen Appiah, controlled the ball before releasing an early shot with his left foot to beat Petr Cech.

It was the fastest goal of 2006 FIFA World Cup coupled with a Sulley Muntari doubler, Ghana pulled out the “most shocking upset” at the tournament.

Today in History, 14 yrs ago, on June 17, 2006, Asamoah Gyan emerged as the first Ghanaian player to score Ghana’s(Black Stars) first Goal at the FIFA World Cup against the Czech Republic. Gyan & Muntari scored the goals that gave Ghana their first win on the world stage. pic.twitter.com/qVjIKmGA8y