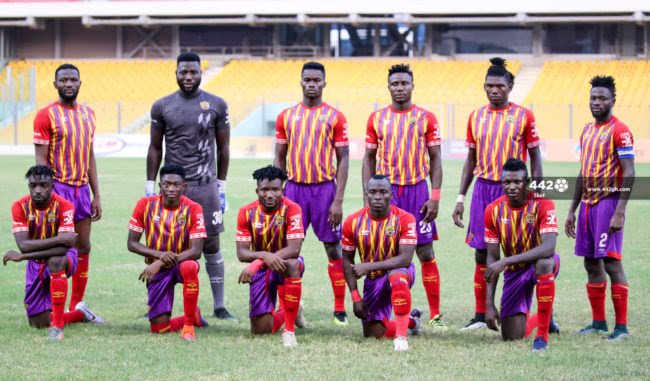 Head Coach of Accra Hearts of Oak Samuel Boadu has named his starting XI for the much anticipated clash with Liberty Professionals in the MTN FA Cup round of 64 at Accra sports stadium.

The Ghaniana tactician placed his hopes on Isaac Mensah and Kwadwo Obeng Jrn for the attacking responsibilities while Celeb Amanakwah and Patrick Razak both start from the bench.

Richard Attah maintains his place between the post as Mohammed Alhassan leads the back four of Fatawu Mohammed, Robert Addo Sowah and Raddy Ovouka.

The starting eveven is seen below: