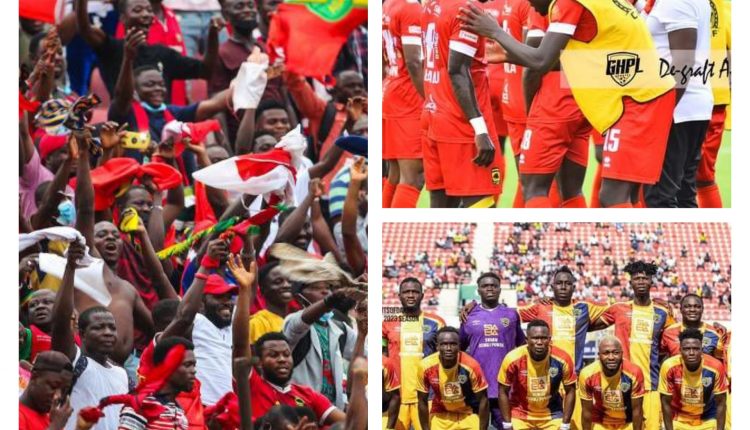 Football fans who intend to watch the Super Clash between Asante Kotoko and Accra Hearts of Oak on Sunday, April 24, have been informed about how much it will cost them to view the match from the Baba Yara Sports Stadium.

Asante Kotoko has announced the gate fees for their betPawa Premier League matchday three encounter against Hearts of Oak.

the home club for the match have announced the gate fees for the game on Sunday.

To sit at the ‘Popular Stand’, a fan would have part with GH₵10 while those who will watch from the Centre Line will pay GH₵20.

The Wings of the stadium have been priced at GH₵30 whiles the VIP is pegged at GH₵50.

The match will be Asante Kotoko’s first match of the season following their engagement in the CAF Champions League.

Following their embarrassing exit from the Champions League, Kotoko will be hell-bent on picking a win to bring some joy to their fans.

Hearts of Oak, on the other hand, will be playing their third game of the 2022/2023 season. The Phobians lost and drew their opening two matches against Aduana Stars and Accra Great Olympics respectively.

Pressure is already mounting on coach Samuel Boadu to get the best out of his players and get them back to winning ways.