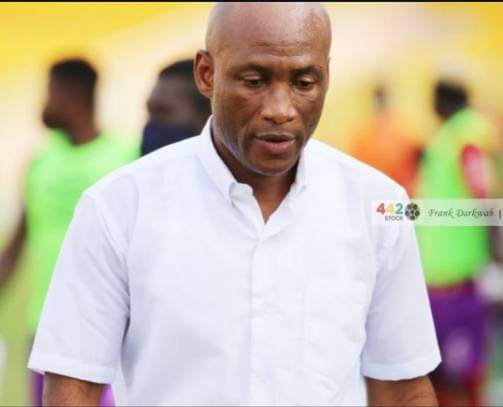 Coach Dr. Prosper Narteh Ogum has sent a farewell message to Asante Kotoko’s board, management, players, technical team and fans following his departure from the club.

The sports psychologist tendered his resignation last week despite having one year left.

In his farewell message, Prosper Ogum revealed out his departure is for the good of the club.

He went further to thank Otumfuo Osei Tutu II, the club faithful and the management for the love shown to him during his stay.

He indicated that he hopes to return to the club in the future.

Read the message below;

Prosper Ogum joined the Porcupine Warriors ten months ago, and guided them to win the 2021/22 Ghana Premier League which had eluded the club in the past 8 years.