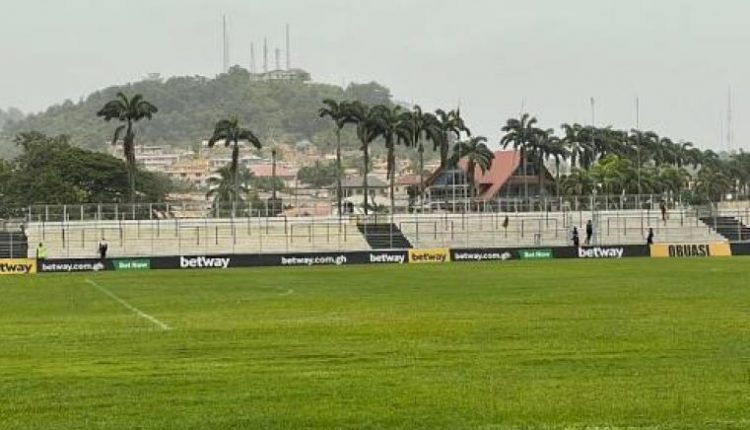 National Sports Authority (NSA) chairman, Patrick Twumasi has confirmed that there has not been a switch regarding the match venue for Ghana’s FIFA World Cup qualifier against Zimbabwe on October 9.

Several media reports on Tuesday indicated that the Ghana Football Association has changed the venue for the game from Cape Coast to Obuasi, Len Clay Sports Stadium.

The reports did not include the reason behind the sudden switch but some linked it to the poor nature of the pitch at Cape Coast Stadium.

Nonetheless, NSA boss Twumasi has said the national stadium in the Central Region is in good condition to host the World Cup qualifier. Hence, there has been no change.

“As I speak to you, we are currently inspecting the stadium and everything looks in good condition to host the match,” he said as quoted by citisportsonline.

“There are so many implications from security to finances that span several weeks before a game of this nature so unless there is some sort of force majeure, you can’t just wake up with four days to a game a change venue,” he said.

The Black Stars have held their first training session ahead of the match; Zimbabwe will get to use the stadium on Friday evening before the game on Saturday.