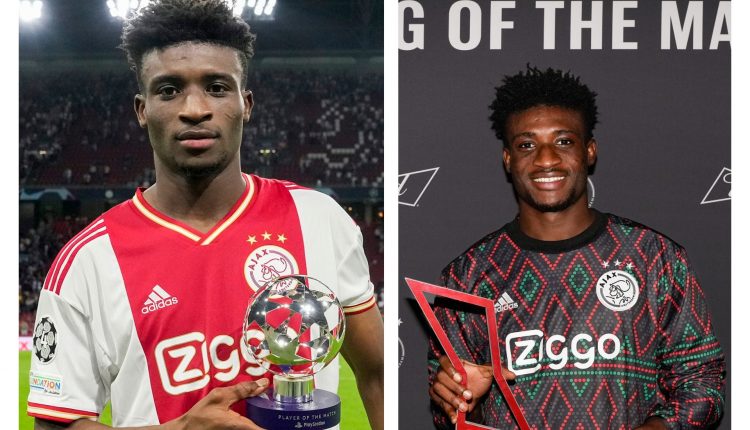 Mohammed Kudus shone for the second game in a row as Ajax cruised to a comfortable win at Amsterdam ArenA.

The 22-year-old produced a spectacular performance in midweek as Ajax cruised past Rangers in the Champions League.

Kudus scored and assisted and was named UEFA’s man of the match in his first start of the season.

On Saturday, he was given his second start, but his first in the league, and he put in a similar performance while scoring two goals.

He was named man of the match, the second time in two games, highlighting his excellent form this month following a frustrating August.

Kudus has now scored four goals so far this season.

The Ghana international, impressive during pre-season with four goals, was left frustrated last month after being benched by Ajax manager Alfred Schreuder.

He agreed personal terms with Everton, who wanted to sign him permanently, but Ajax blocked the move.

Kudus has since played more minutes and proven that he deserves to start.