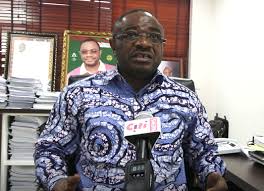 STATEMENT BY HON KOBENA MENSAH WOYOME ON THE FLOOR OF PARLIAMENT

Mr. Speaker, in October 2018 at the 3rd Specialised Technical Committee Meeting on Youth, Sport and Culture (STC-YCS-3) held in Algiers –Algeria, a Ghana Delegation won the bid for the rights to host and organize the 13th African Games in 2023, an effort continued from president Mahama’s presidency just about two years away.
Mr. Speaker, three years down the line during the State of the Nation Address (SONA), His Excellency, Nana Addo Dankwa Akufo-Addo, President of the Republic of Ghana confirmed the formation of a Local Organising Committee (LOC) and some progress of the work they have done.

However, for such an international event of this magnitude, involving 54 (fifty-four) nations and about 25 (twenty-five) sporting disciplines, it is prudent that the preparations of the nation to host this number of athletes and officials, totaling from 7,000 to 10,000 would be expected for the Games.

Mr. Speaker, there is also the task of preparing Team Ghana for all the 25 (twenty-five) disciplines, not only to participate but to win a considerable amount of medals to improve the nation’s continental rankings as well as qualifiers for the XXXIII Olympiad 2024 from 26th July to 11th August 2024 in Paris, France.
For such a magnitude of continental games, we would have expected within the last three (3) years to have been presented as Parliament with the budget of the Games for our consideration and to preview the HOST NATION AGREEMENT to be executed by the nation, Ghana and the African Union Commission (AUC), the rights owners of the Games; and yet we are left with about two years to the Games.

The Minister for Youth and Sport, Hon. Mustapha Ussif, MP during his vetting by the Appointment Committee of the House promised to deliver the best African Games ever in the history of the continental games.

Mr. Speaker, it is my thinking that such a Game is considered a National Project and managed under the leadership of the Ministry of Youth and Sports. Where any land to be used for the construction of any facilities for the Games be properly acquired now to wade off any litigation that could derail the program of the LOC. Again, for such a magnitude of the Games, it will be prudent for the Hon Minister for Youth and Sport to consider beefing up the LOC with the requisite expertise to ensure a hugely successful Games in 2023, believing that the COVID – 19 Pandemic would have been dealt with by then and not to necessitate the kind of uncertainties that have bedeviled the 2020 Tokyo Olympic Games to warrant a postponement to this year, 2021.

Again, in the era where every economy is placing the issue of sustainability at the fore of every project, especially sporting events, it will be prudent for the Hon. Minister to work and provide a comprehensive analysis of any expected cash flow for the facilities to be constructed for the Games. We have heard on the airwaves that the proposed new 50,000 – seater capacity Stadium to be used for the Opening and Closing Ceremonies as well as other facilities for the other disciplines would form the basis for a new University for Sports Development: it would be important for the working paper for this to be submitted to the House for review.
However, it would be prudent to ask what has happened to the Winneba Sports College that the same Ministry has plans to develop into a tertiary institution for sports development.

Furthermore, it will be important for the Ministry to provide Parliament with a copy of an Impact Assessment of the Games on Ghana’s economy, especially set against the background that SPORT IS BIG BUSINESS NOW, and we would wish to reap the full benefits after the Games and the years after. Indeed, that is why the original thought of using some of the existing Halls of Residencies at the University of Ghana as the Games Village is most laudable.

It is also strategic that the Games is seen as a great opportunity to rebrand Schools and Colleges Sports and also explore the possibilities of starting all tertiary sports games in Ghana as part of the process to unearth talents for the coming 13th African Games in 2023.
On a lighter tone, it is being hummed amongst the grapevine that the Consultant who was engaged to successful work on Ghana’s Bid to win the rights to host and organize the Games is still not paid; it is prudent that this matter is dealt with expeditiously before anything untoward develops to mar the coming Games.
Thank you, Mr. Speaker.