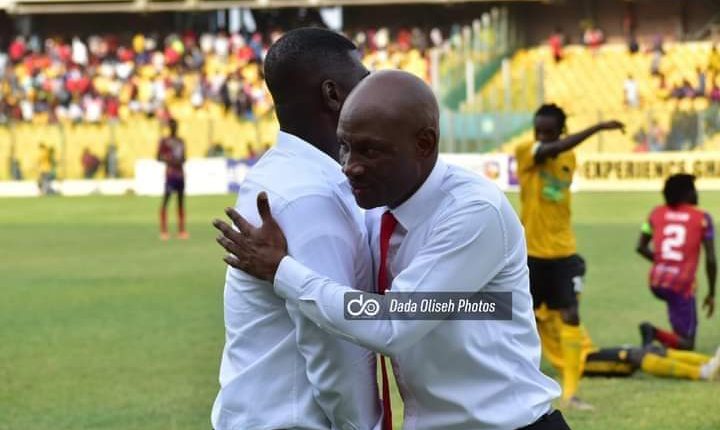 Prosper Ogum is expected to take over the club from caretaker trainer Umar Abdul Rabi, who has been in charge for club last season and he is expected to be Ogum’s assistant when the deal go through.

Following his resignation, the 44-year – old was immediately linked to the vacant coaching role at Medeama SC, and Ghsportsnews.com understands the Medeama management are convinced Ogum is the best person to led the club to restoring the past glory.

Medeama SC finished in too four of the 2021/22 Ghana Premier League but failed to secure a berth in Africa club competitions for the next season which were picked by Asante Kotoko and Hearts of Oak.

Ogum has previously coached Ebusua Dwarfs, Karela United, WAFA where he led them to finish 3rd in the 2020/21 Ghana Premier League and Asante Kotoko where he won the league the the Porcupines Warriors.

Emmanuel Boateng rejoins Rio Ave as he returns to Europe