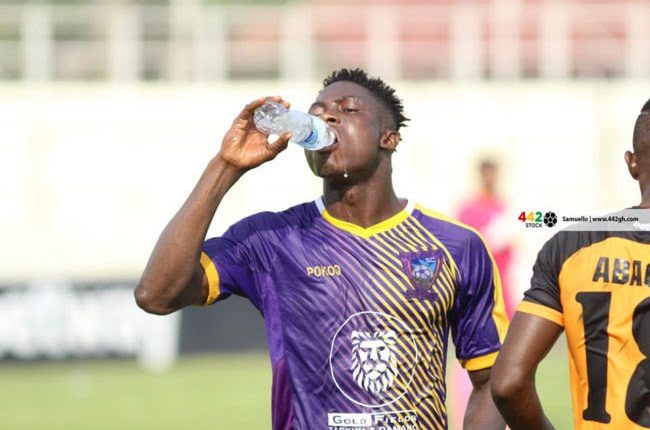 Asante Kotoko SC have approached Medeama SC with their latest offer for Justice Blay in their pursuit to land the midfielder.

It is an open secret that Kotoko are seriously interested in bringing Blay back to the team after he excelled in a short loan stint with the club last season.

Fresh reports indicate the two teams are back on the discussion table with Kotoko this week submitting a bid to tempt Medeama to bring the midfielder onboard.

However, Medeama, according to reports garnered from Kumasi-based Pure FM have responded to the Porcupine’s latest bid and have quoted a $50,000 asking price – but that seemingly isn’t putting Asante Kotoko off.

Negotiations are ongoing and should they reach an agreement, Kotoko are expected to announce the signing of Blay in the coming days.

The Black Stars midfielder currently 8 months left on his contract and the Tarkwa-based side are not willing to let their star man go for a discounted price.

Blay, 28, has been outstanding for the Mauve and Yellow this season, netting three goals in 14 matches which has earned him a call up into the Black Stars team for the 2021 AFCON qualifiers against South Africa and Sao Tome and Principe.

If Asante Kotoko is looking to improve the defensive midfield position, though, on current form there is nobody better.

GOC elections – The conscience, Loyalty, fairness, and how the mighty fell