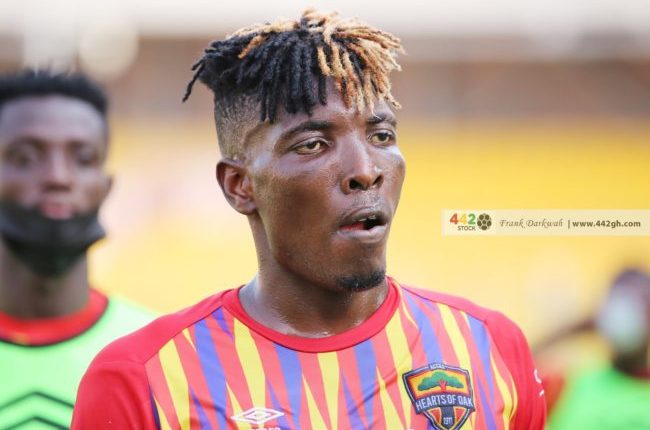 Hearts of Oak midfielder Benjamin Afutu will miss the club’s next home Premier League game which is against Inter Allies on Sunday at the Accra Sports Stadium.

This is due to accumulated yellow cards he had in games against Legon Cities, Berekum Chelsea and AshantiGold last weekend.

This is in line with Article 28(1)(e) of the GFA Premier League Regulations (2019) which states that “An unqualified player is a player who has received a caution in three league matches’’.

The prodigy has been instrumental in midfield for the Phobians this season and his absence could affect the club.

He has plundered two goals in sixteen appearances for the capital-based club so far this season in the Ghana premier league.

The team will be hit with a massive blow due to his absence but Samuel Boadu looks forward to an equally good player to fit that role.