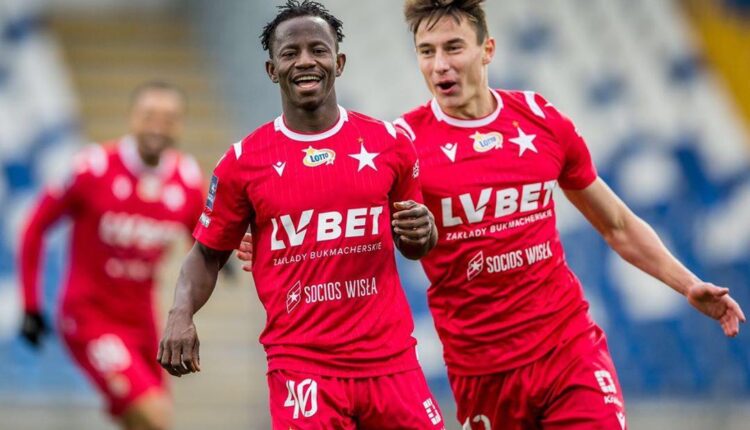 Ghana Superstar Yaw Yeboah named in polish Ekstraklasa team of the week for the first time this season after inspiring Wiesla Krakow to victory.

Brilliant Yaw Yeboah Picks Player Of The Week Accolade In…

The polish giants trounced sounding win 6-0 at home on Sunday in the polish Ekstraklasa.

Yeboah put in sparking performance in the game as he scored two goals and provide one assist.

He was named man of the match for his masterminding the emphatic victory for Wiesla Krakow.