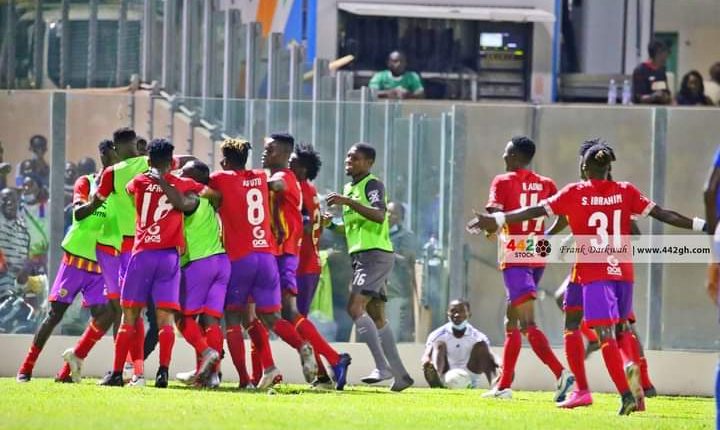 Hearts of Oak Sporting Club has been crowned champions of the 2020/21 Ghana Premier League at the Accra Sports Stadium on Sunday after Asante Kotoko defeat to Bechem United.

Daniel Afriyie Barnieh proved to be the hero, as his 45th-minute goal was the difference between the two teams to earn the Phobians their first ever Premier League in 12 years.

Hearts of Oak lead the pack with 63 points, five points ahead of the Porcupine Warriors. The Phobians also have a better head-to-head over the Kumasi side after beating them 1-0 in the second leg of their GPL fixture weeks ago.

With today’s results, the Rainbow club has been declared outright champions after beating Liberty Professionals.

As the first football club to win the domestic league during its maiden edition in 1956, Hearts have won its 21st league title.