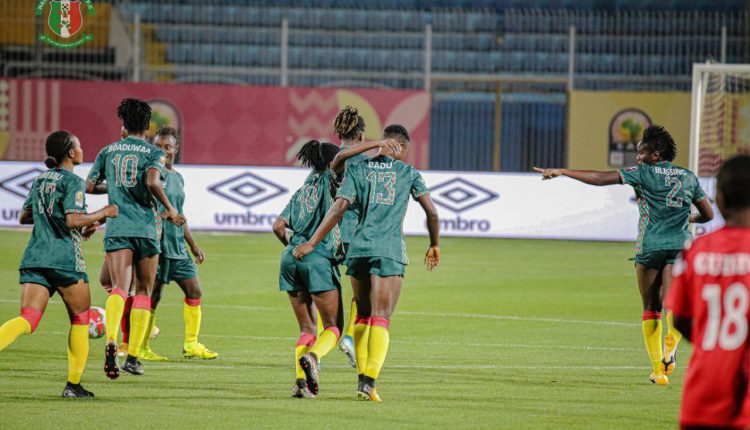 Faustina Nyame Aidoo and Veronica Appiah scored at 20th and 49th minutes of the game to ensure Hasaacas Ladies came from behind twice to pick the top spot in Group A.

The result put Hasaacas Ladies FC top on Group A with seven points and with a record 8 goals scored in the group phase, more than any other team.

Coach Yussif Basigi threw in two changes from the squad that won 3-0 against AS Mandé on match day two.

Shine Blessing and Azumah Bugre were excused from this squad list; Comfort Owusu and Doreen Copson taking their places in defense and midfield respectively.

Host team, Wadi Degla took the lead twice but the Giantess were on hand to level matters each time to ensure the game ended 2-2.

The host again snatched the lead approaching the end of the half with a 2-1 lead.

Before long, same approach a cross inside the box on the 49th minute and this time Veronica Appiah was on the end of matters to put the game level on 2-2.

Despite pounding the surface to secure the lead, the game ended 2-2.

Hasaacas Ladies will now wait on the Group B games tomorrow to learn opponents for the semfinal.